A Brief History of Braga Cathedral

Braga Cathedral was the first Portuguese cathedral built several decades before the founding of the country. It is considered the ex-libris of the city, preserving in the interior artistic testimonies of its more than nine centuries of history. Prudêncio is proud to have been part of this History, having been responsible for its rehabilitation in the field of roof and floor waterproofing. Read on to know more about this magnificent monument.

Sé Catedral is one of the most visited monuments in the city of Braga and it’s classified as a National Monument since 1910. It is considered as a center of episcopal irradiation and as one of the most important Romanesque temples in the country. This monument houses the famous tombs of Henry of Burgundy, Count of Portugal, and of his wife, Teresa de León, parents of D. Afonso Henriques, the founder and first king of Portugal. The tombs can be visited in the Chapel of the Kings.

See here the work of Braga Cathedral in our gallery.

The origins of the monument

A lesser-known fact about Braga Cathedral is that it stands in the same place were another V century temple used to stand, dating back to Roman times. It is believed that the Roman temple was dedicated to Isis, an Egyptian deity much revered by the Romans, as witnessed by an inscription. Throughout the history of mankind we often find cases like this, in which a religious temple was built in the same. where another temple dedicated to another religion used to exist. This is for reasons related to the domination of peoples and the affirmation of power, but also for reasons related to faith since in ancient times it was believed that certain places had a greater burden of spirituality than others.

The first cathedral in the country

Braga Cathedral boasts the impressive title of the oldest cathedral in the country. Its foundation is due to Bishop D. Pedro, who was appointed at the end of 1070-1071 to administer the respective diocese. Being dedicated to the Virgin Mary, it is believed that choosing where the ancient cult of the goddess Isis would have existed was intentional.

There is nothing left of this phase and what is most noteworthy concerns the time of its restoration by the bishop. But even from this time, little is known. It is known that the high altar was ready in 1089, because on this date was performed the act of consecration, which were present several preponderant elements of the Church, among them the pontifical legacy – D. Bernardo de Toledo.

Also known as the Cathedral of Santa Maria de Braga, it preserves artistic testimonies of its more than nine centuries of history. 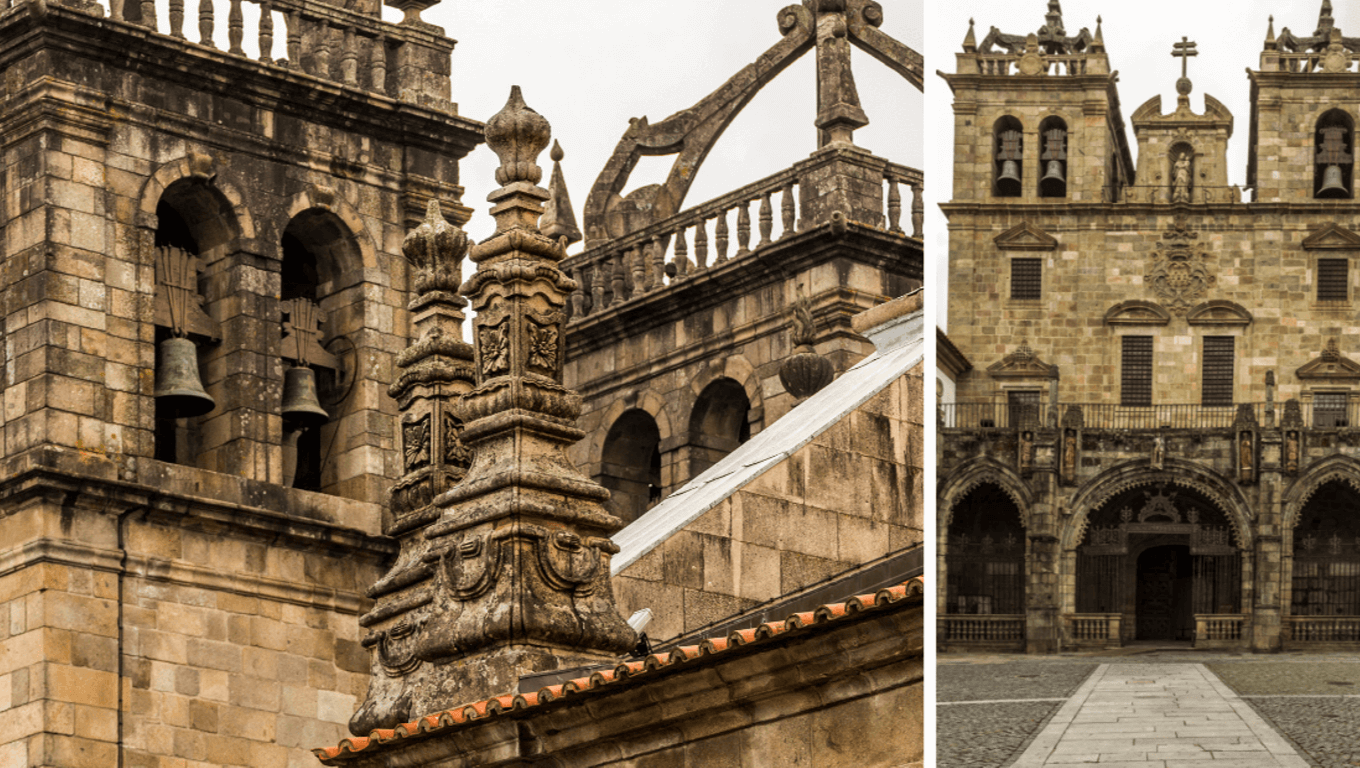 Over the centuries, modifications have been made to the Romanesque Cathedral, making it a complex and fascinating array of architectural and decorative styles. For example, in 1727 the front of the Braga Cathedral was remodeled by the architect Manuel Fernandes da Silva, and only the ground floor kept the original decoration of the Romanesque double archivolt portal, around which there is a gothic arch with the weapons of D. Diogo de Sousa.

On the southern façade of the Braga Cathedral is the Romanesque Door of the Sun, which is in the shape of a perfect round arch and with the tympanum filled with a hollow cross with ties around it.

Already in the time of King D. Manuel I, early in the 16th century, the architect João de Castilho began to renovate the polygonal headboard.

On the north side is the Chapel of Glory, a fourteenth-century ogival work, with a crenelated tower and a sober frontage with twin windows. The interior of Braga Cathedral is marked by a solid and imposing Romanesque atmosphere. The three naves are divided into six sections through perfect-back arches. The transept and the chancel are separated by a warhead-shaped triumphal arch.

As for the splendid Gothic-style white limestone altar front (in its final phase), it is only a fragment that replaced the old main altarpiece, which was mutilated during the campaigns that took place in the eighteenth century.

On the right side of the entrance is the tomb of Prince D. Afonso, the first son of D. João I, near which is the beautiful white limestone font of Ançã, Manueline style.

On the top floor of the Braga Cathedral, we can find the Sacred Art Museum, which houses some of the most impressive treasures of national art, including an important collection of sacred sculptures, goldsmiths and jewelry, as well as many other cult tools.

Next to the staircase of the Museum, we can visit the Chapel of the Kings, a gothic building that houses the tombs with the statues of Count D. Henrique and D. Teresa.

We highlight the rehabilitation, conservation and restoration work, which began in 1996 and ended in 1998, carried out by AOF. These works have represented one of the most relevant works performed in recent times covering various specialties and different works.

From this vast intervention, we mention the placement of PVC waterproofing systems on the terrace above the cloister, on the bell towers, on the church’s naves and transept ground floors and on singular points of the roof (under the roof), such as ridges, eaves, drip pits and gueiros, which were performed by Prudêncio. 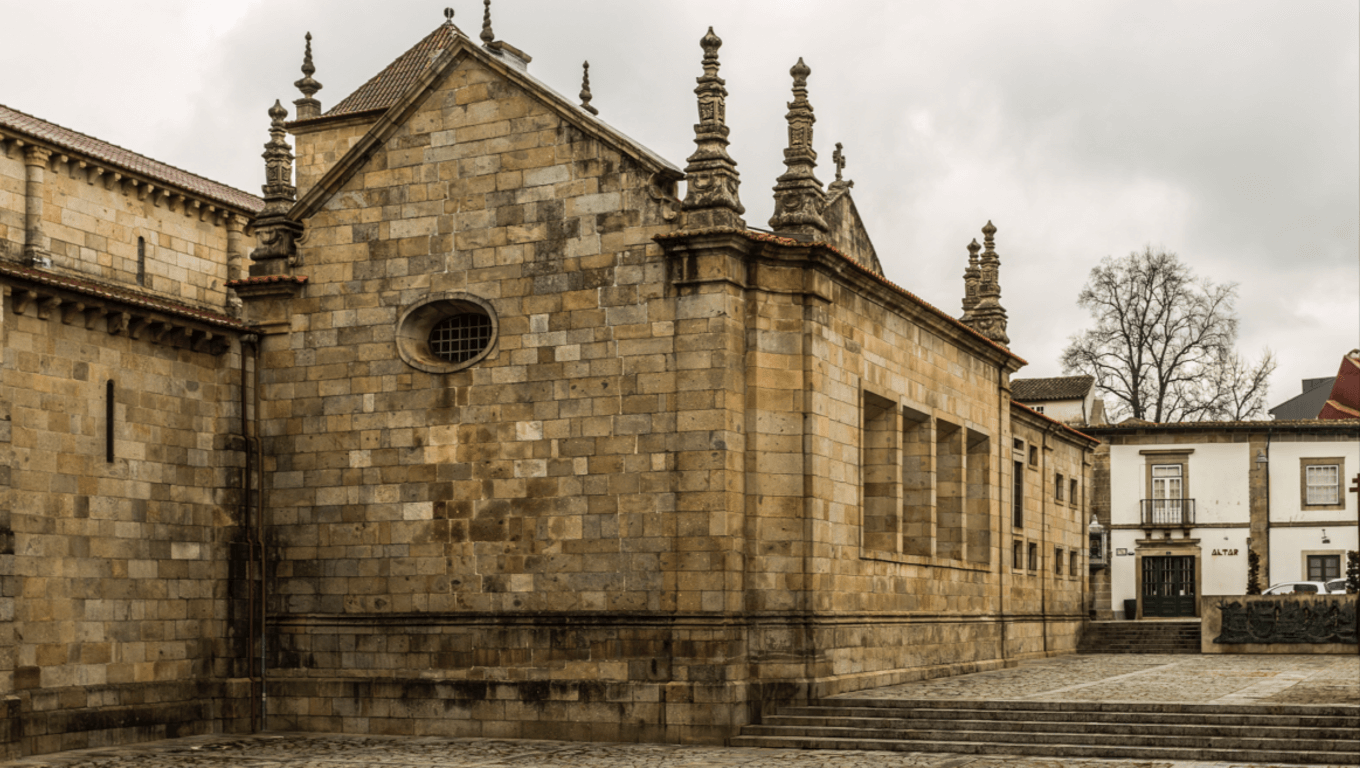 Founded in 1930, the Treasury Museu da Sé is famous for its rich collection, which includes artifacts as fascinating as the cross of the first mass celebrated in Brazil, carried by the navigator Pedro Álvares Cabral.

The name of this fascinating museum is due to the fact that it houses remarkable and valuable historical treasures, including some of the most relevant pieces of our country’s history. Among the most emblematic pieces are: the Paleo-Christian tomb (V-VI century), the Ivory Vault (1004-1008), or the Chalice and Patena of S. Geraldo (11th century). But also others, such as the Miter and Gloves of Archbishop D. Gonçalo Pereira (1326-1348), the sculpture of the Virgin of the Milk (1515), and the Portable Organ (1685), attract the attention of visitors. Some will be authentic discoveries, such as the liturgical shoes of Archbishop D. Rodrigo de Moura Teles (1704-1728), or the asterisk, a very original piece, but with a very practical function: not to allow the consecrated host to flutter.

The museum reopened to the public on March 30, 2007, following the completion of the building’s refurbishment and expansion works and the renewal of its permanent exhibition.

Trust us the rehabilitation of your building

Are you looking for waterproofing services in Portugal? Trust us to solve your problem.

Waterproofing is the most effective way to prevent water seepage or leakage that could endanger heritage. Discover our waterproofing, roof rehabilitation and insulation solutions for building and preserving public buildings.

We are in Braga, Porto, and Lisbon. Contact us and make an appointment at your nearest office. See here our reference works, which include the Braga Cathedral. 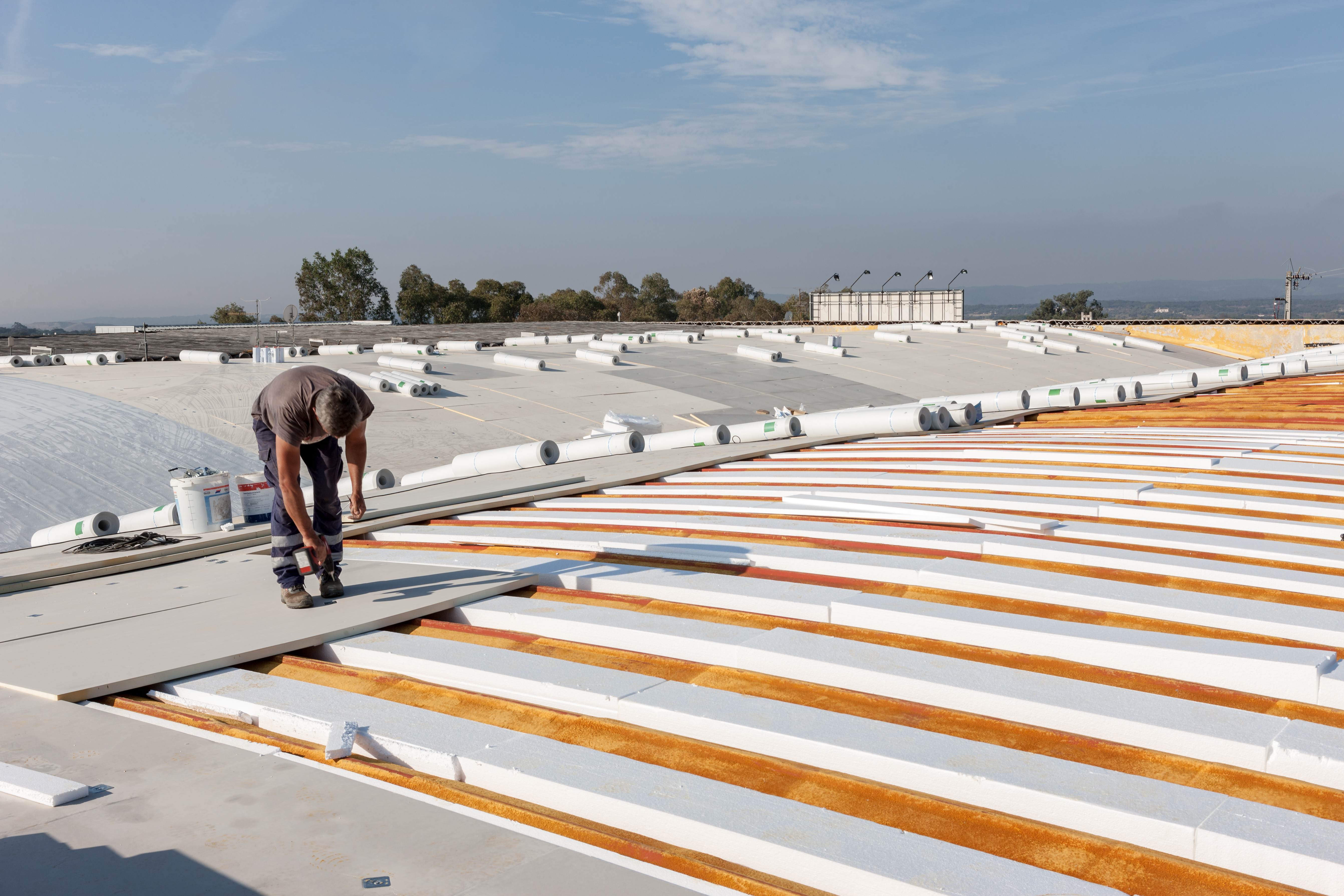 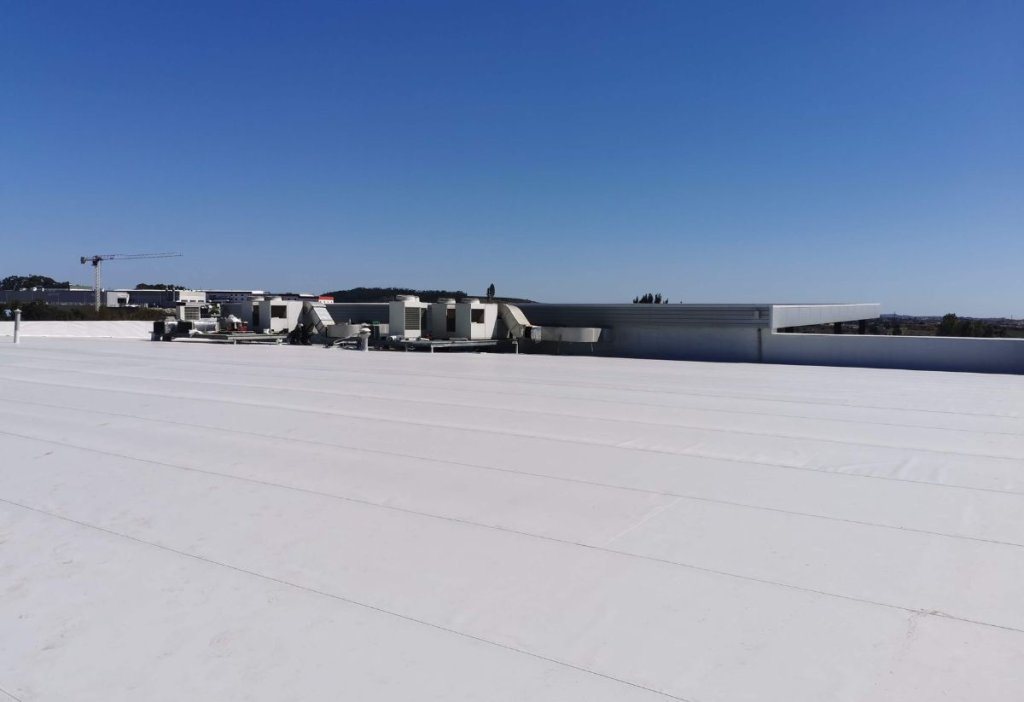 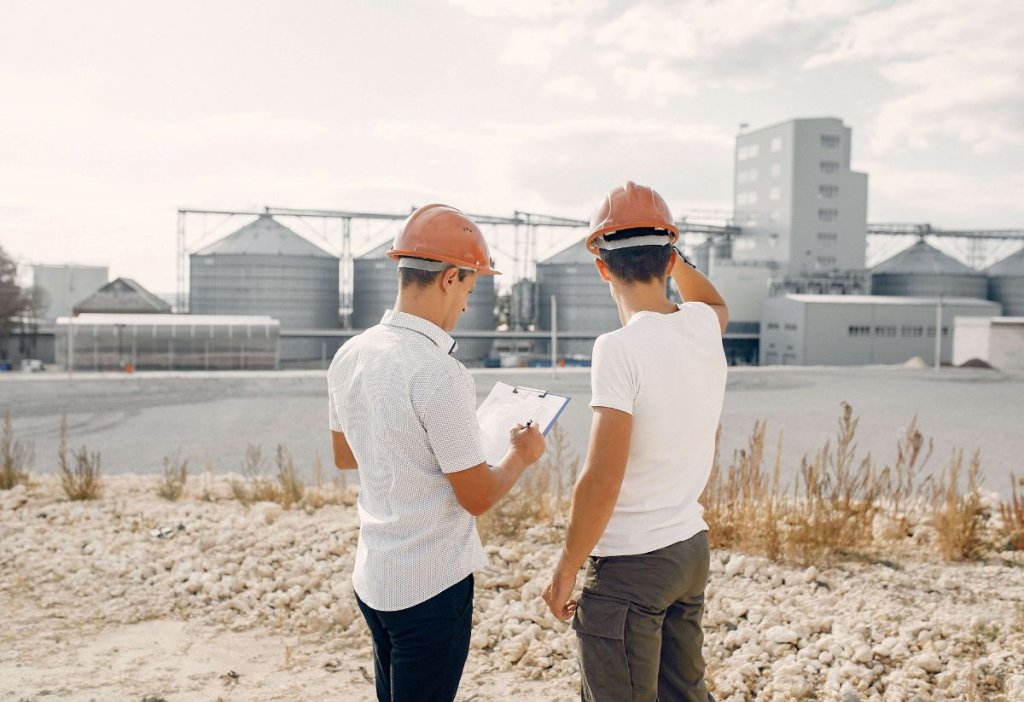 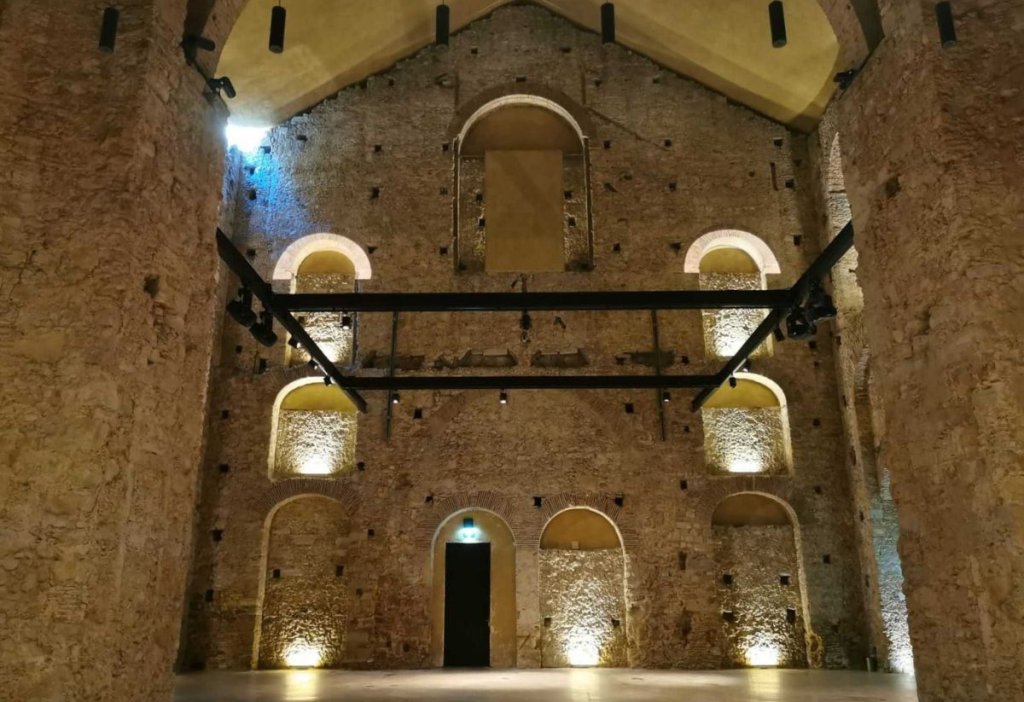 2022 - 08 - 29 - Curiosities
A work of unique beauty – Thalia or Laranjeiras Theater
CONTACT US Are you a customer, supplier or a talented professional? Talk to us!
Top